5 Emerging Technologies in Security that will Define the Next Decade

Traditional physical security systems for years have been composed of just cameras and maybe a gate or two, which only partially control access to your premises if you’re lucky. Their main benefit has been for investigation after the fact. But security systems are rapidly evolving every year, and we’re already to the stage of having your security system being proactive in preventing a disaster, not just useful as a retroactive tool for investigation. These 5 emerging technologies in security will be a part of the industry’s biggest changes in the upcoming decade.

System integration is the combining of IT and physical security features. These two systems no longer have to operate independently of one another. Having all of your security technologies on one integrated system allows security personnel to maintain a large safety zone between them and a possible threat and mitigate disaster proactively without having to process what is happening themselves. A great example of this is the Motorola Ally system, which unifies the cameras, access control, and radios into one platform.

Humans have had locks on doors for over 6,000 years, and until very recently, those were controlled by the most recent person to come in contact with the door. But top-tier security systems now operate differently: facility hardening is the combination of electronic lock systems and camera detection. How does this work?

Let’s say you have a disgruntled employee who was recently released from your company. For safety concerns HR has banned this person from the property after co-workers recognized signs on potential violence. The employee’s credential is immediately turned off from accessing the building and a rule is set to send an alert to security personnel when their credential is presented at any door in the facility. All the cameras at every point of entry have a rule set to lock the building down upon recognizing their face before entry and send an alert to security showing the door they are trying to access. Their vehicle’s license plate is put in a database that will send an alert to security upon them arriving at the parking lot so they can engage them before they have had a chance to get close to the building.

In this way, your system is already working to prevent a breach before it happens, effectively hardening the facility rather than just being used in the aftermath of a disaster. For this reason, it is a very promising emerging technology in security.

By now, thermal cameras may seem like outdated technology. But new advances in the area can allow you to combine thermal technology with self-learning analytics programs to get the same kind of motion- and person-detection that you get with regular, or even high-def cameras. This means your cameras remain effective even through changing light conditions, partially camouflaged scenes, complete darkness, and smoke. Check out the video below for a demonstration.

Although biometrics itself isn’t new, we’re used to seeing it now used almost exclusively in high-security facilities (think: spies trying to break into the Pentagon). Biometrics are an obviously promising area, because they are much more secure than a badge or code that can be stolen or given to another person. The pandemic caused rapid advancements in this area with the necessitation of temperature screening for in-person facilities, and that spread of new technology is likely to continue in the next 5-10 years. In fact, a recent study says that an estimated 62% of companies currently use some sort of biometric authentication, and a further 24% of companies plan to utilize it in the next two years. The majority of these companies are using fingerprints (57%), with facial recognition coming in second (14%).

One of the most promising emerging technologies in security is advanced weapons detection systems. This is software that can be integrated into your camera systems that can detect dangerous weapons anywhere on your premises, and some promising technologies can even detect concealed weapons. These systems are already being implemented in some large facilities where many thousands of people congregate, such as the Mercedes-Benz Stadium in Atlanta, GA, but there is a lot of potential for growth and further implementation in this technology specifically. 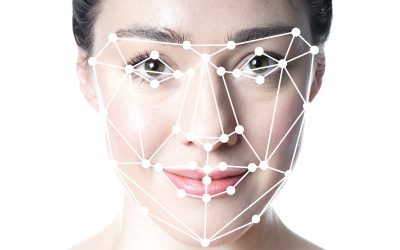 The State of Facial Recognition Surveillance in 2022

facebook LinkedIn As facial recognition becomes more and more integrated into our everyday lives and technology, the obvious question that arises is: how can this technology be used to keep people safer? And can it help you run your business? How does Facial... 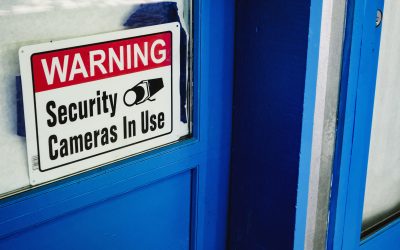 The 4 Core Needs of Every Security System for a Business

facebook LinkedIn Among the top priorities of every business owner is keeping their employees safe. This leads nearly every business owner at some point down the road of installing a security system. But with so many options to consider though, how do you even begin... 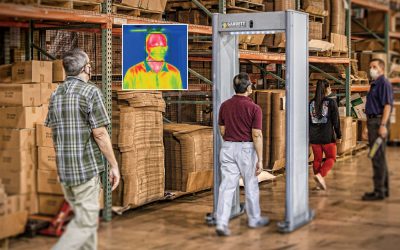 facebook LinkedIn We're used to seeing metal detectors in high-security situations, like airports or sports venues. But metal detectors are increasingly popping up in every-day venues and businesses. How could these machines benefit your business? We've got the top 4...